NUTLEY, NJ -- Mayor Dr. Joseph P. Scarpelli and the Board of Commissioners announced plans for the Township’s 100th Anniversary Memorial Day Parade.  The parade will be held on Monday, May 27, 2019.

Weather permitting, the Nutley War Memorials Remembrance Ceremony will start at 7:30 am at the VFW Post 493.  Following the Remembrance Ceremony, the Township will gather to honor Nutley’s fallen firefighters at the Public Safety Building at 10:30 am. 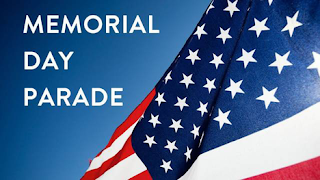 The Memorial Day Parade opening ceremonies and welcome will begin at 11 am at the Park Oval.

The parade route is the same as previous years – Chestnut Street to Passaic Avenue to Centre Street to Franklin Avenue, with the reviewing stage in front of JHW Middle School.  Rev. Jill Fenske will offer the prayer at the opening ceremonies and this year’s Grand Marshall is Edward Joseph Bennett.

“The Memorial Day Parade serves as a tribute to honor all of our U.S. service men and women who selflessly and valiantly gave their lives to protect our freedom and liberty,” said Mayor Scarpelli.

The 100th Anniversary Memorial Weekend activities begin with the showing of  the 1918 Memorial Day Parade movie at 7 p.m. on Thursday May 23, at the Nutley Public Library.

“Nutley 1918” is the earliest known motion picture shot in Nutley.  The film’s director and producer as one of America’s first female filmmakers, Katherine Russell Bleecker.

In addition to playing the film at the library NutleyHistorian John Demmer will provided insight into the making of the film.  Nutley author Anthony Buccino will provide home front and overseas background on WWI, which ended in November of 1918.

Following its discovery, the former Nutley township historian at the time, Ann Troy, sought out its restoration, and gave the decomposed film stock to Bob Lee, president of the Essex Film Club.
“This film is a part of our history.  Viewing what most likely is Nutley’s first Memorial Day Parade on the week of our 100th parade is so fitting,” said the Mayor.

HISTORIC WALK IN THE PARK ON MONDAY

Also on Monday May 27th the Nutley Historical Society will sponsor “A Walk in the Park”.  The tour, led by Nutley Museum director John Simko, begins at 9 a.m. at the Mud Hole (near the intersection of Passaic Avenue and Vreeland Avenue) and travels along the Third River.

Simko will discuss the river’s role in Nutley’s history as a source for early industry, as inspiration for world-renowned artists, as a symbol of civic pride, as an important boundary marker, and as a fitting memorial to our war veterans.

Visit the sites of three former mills, tour the pre-Revolutionary War Van Giesen homestead, find out why the Third River splits in two, learn about the beginnings of our hundred-year-old Carnegie Library and even older Town Hall, and walk through one of Nutley’s oldest cemeteries.

“A Walk in the Park” ends at eleven o’clock inside Nutley’s first brick schoolhouse (now the Nutley Historical Society and Museum) where refreshments will be served. The museum will be open and tour-related pieces from our archives will be on display.

“A Walk in the Park” is free, but is limited to 30 people and requires registration.  You can register for the tour by emailing johnsimko1014@gmail.com or by calling 973-752-8984 and leaving a message with your phone number or e-mail address.  You will receive confirmation via e-mail or a phone call.

The Nutley Board of Commissioners will be inviting family members of soldiers, both past and present, to march in the parade, and is collecting names of those in our community who are currently serving.  These names will be added to an already existing banner which will proudly be carried throughout the parade, and then displayed on the Nutley Park Oval fence outside of the Town Hall.

Special thanks to the Patriots Club for placing American Flags on the veteran’s gravestones at the cemeteries in town and to Nutley High School’s students and faculty for their Wall of Honor which salutes our fallen heroes.

“Memorial Day is a day we put aside to honor our fallen heroes and pray that no heroes will ever again have to make the ultimate sacrifice protecting our nation,” concluded Scarpelli.