Nutley Notables Volume Two is out and about
Spring will see three separate book talk events for Buccino’s second book in the Nutley Notables series which was released last fall. This edition includes more than 110 profiles including more than sixty women who made a memorable impact on Nutley through their gumption or philanthropy, or both. These biographies span the centuries from when Nutley was called Franklin to today. 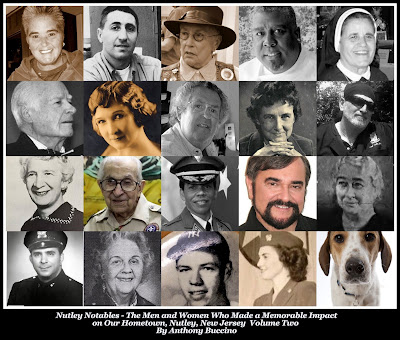 MARK YOUR CALENDAR: Book Talks in Nutley
Nutley Notables - The men and women who made a memorable impact on our home town, Nutley, New Jersey, Vol. 2.

March is Women's History Month, so be aware that the first 50 or so pages of Vol. 2 are about Nutley women in history from 19th Century artists to 20th Century suffragettes, state police and women running for the town commission!

Nutley notables profiled in this volume are invited to autograph copies near their bios. A separate copy of both the Notable-signed volumes will be added to the Nutley Museum archive. Following his talks, copies of Vol. 2 and his other books will be available for autographs and purchase.

We look forward to seeing you at one or more of these events!

See Who's Who in Nutley Notables

Anthony has more than 1,000 photos on his Facebook page. And if that’s not enough for you, pick up Buccino’s three photo books:

All available on Amazon. 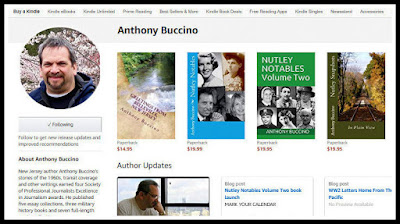 More about these books

Drop us a line if you want to opt-out (unsubscribe) of this mailing list. Or if you have other comments or questions. Thanks for your continued support.

More info and to sign up for our newsletter visit AnthonyBuccino.com